Warning: Parameter 2 to advanced_custom_search() expected to be a reference, value given in /home/customer/www/bigskypublishing.com.au/public_html/wp-includes/class-wp-hook.php on line 307
 Answering the Call | Big Sky Publishing

Life of a Helicopter pilot in Vietnam and beyond

‘There’s the bend in the road at Long Tan,’ I said. ‘We’re behind enemy lines. Turn back east, quickly.’  I had been scared before but now I was terrified.’

In 1966, Bob Grandin was a Royal Australian Airforce helicopter pilot stationed in Vietnam.  This book is written from the logbook he kept while working in Nui Dat and is a fascinating look at life during war – the dangers, the challenges and the mundaneness.

On 18 August he was co-pilot on a 9 Squadron Iroquois ‘Huey’ helicopter that flew over the enemy to resupply desperate solders engaged in battle at the Long Tan rubber plantation.  Enduring extremely poor weather conditions and enemy fire the critical role played by Bob and 9 Squadron in the Battle of Long Tan contributed to the success of this battle.

The narrative of his war experiences are interwoven with stories of his life after Vietnam, revealing the difficulties he faced back home, the impact of the war on his psyche and relationships, and his struggles with PTSD.

A collection of Australian newspaper articles saved by Bob’s father feature throughout, giving further insight into how important helicopters were in Vietnam, and also how the press reported the war to the Australian public.

Answering the Call provides the unique perspective of a wartime helicopter pilot and is an important addition to Vietnam War history. 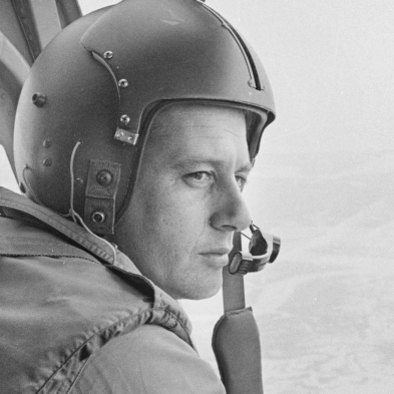 Bob Grandin joined the RAAF College at Point Cook in 1957. After graduation he went to East Sale and The School of Air Navigation to fly DC3 flying classrooms before transferring in 1963 to Richmond and No 11 Maritime Reconnaissance Squadron in P2V Neptunes. In 1966 he volunteered to transfer to No 9 Sqn and […]

6 reviews for Answering the Call