Warning: Parameter 2 to advanced_custom_search() expected to be a reference, value given in /home/customer/www/bigskypublishing.com.au/public_html/wp-includes/class-wp-hook.php on line 307
 Unconquered | Big Sky Publishing

“Through the power of sport, they have proven that they can overcome the mental and physical trauma inflicted by their service.” – Sunday Territorian Frontier

“My abilities have changed over the years and, thorough sport, I have found ways to adapt so that I can stay invoiced and active.” – Garry Robinson DSM “Mr Invictus

“This impressive pictorial tome captures the vision of Invictus in Sydney, still capable of a 2000-like glow. But the essence of Unconquered is the dozen or so profiles of members of the Australian and New Zealand Defence Force teams, each with a story that makes the word “sacrifice” look pale in any other sporting context.” – Inside Sport Magazine

Unconquered: Our Wounded Warriors tells the remarkable story of a group of men and women from Australia and New Zealand who fought and conquered extraordinary challenges from the battlefield to the sporting arena. These veterans of the Army, Navy and Air Force served their country in campaigns from Somalia to Afghanistan and the multitude of conflicts in between, and share the common scars of their service, both apparent and invisible.

For these men and women, now confronting the trials of daily life, the Invictus Games provided a further challenge, a chance to test their mettle in the sporting arena representing the country for which they had fought. ‘Invictus’ is the Latin word for ‘unconquered’ or ‘undefeated’ — a perfect description of these veterans who now fight their own personal battles. Through the power of sport, they have proven that they can overcome the mental and physical trauma inflicted by their service. This beautifully illustrated volume allows us to share their story of service, sacrifice and courage, and gain an insight into their dogged determination to triumph in the face of adversity.

Unconquered: Our Wounded Warriors is a deeply personal and human account of the trauma of armed conflict and the suffering that continues long after the sounds of battle have died away. It highlights the power of the individual to overcome fear, wounds both mental and physical, and lifelong disability and inspires those of us who have never served to cope with our own challenges. These are stories of courage pure and simple and of the men and women who defied the odds to remain unconquered. 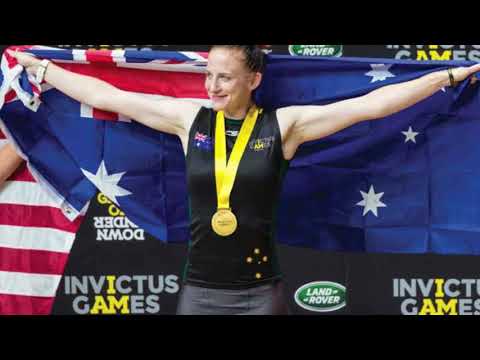 Gordon Traill spent 28 years in the Regular Army, with operational service in Iraq. Since leaving the Army he has worked as a veterans’ advocate and welfare officer. He is a Arts Mentor for the Australian National Veterans Arts Museum (ANVAM) and now a professional photographer. His first major publication as a photographer was the recently […]